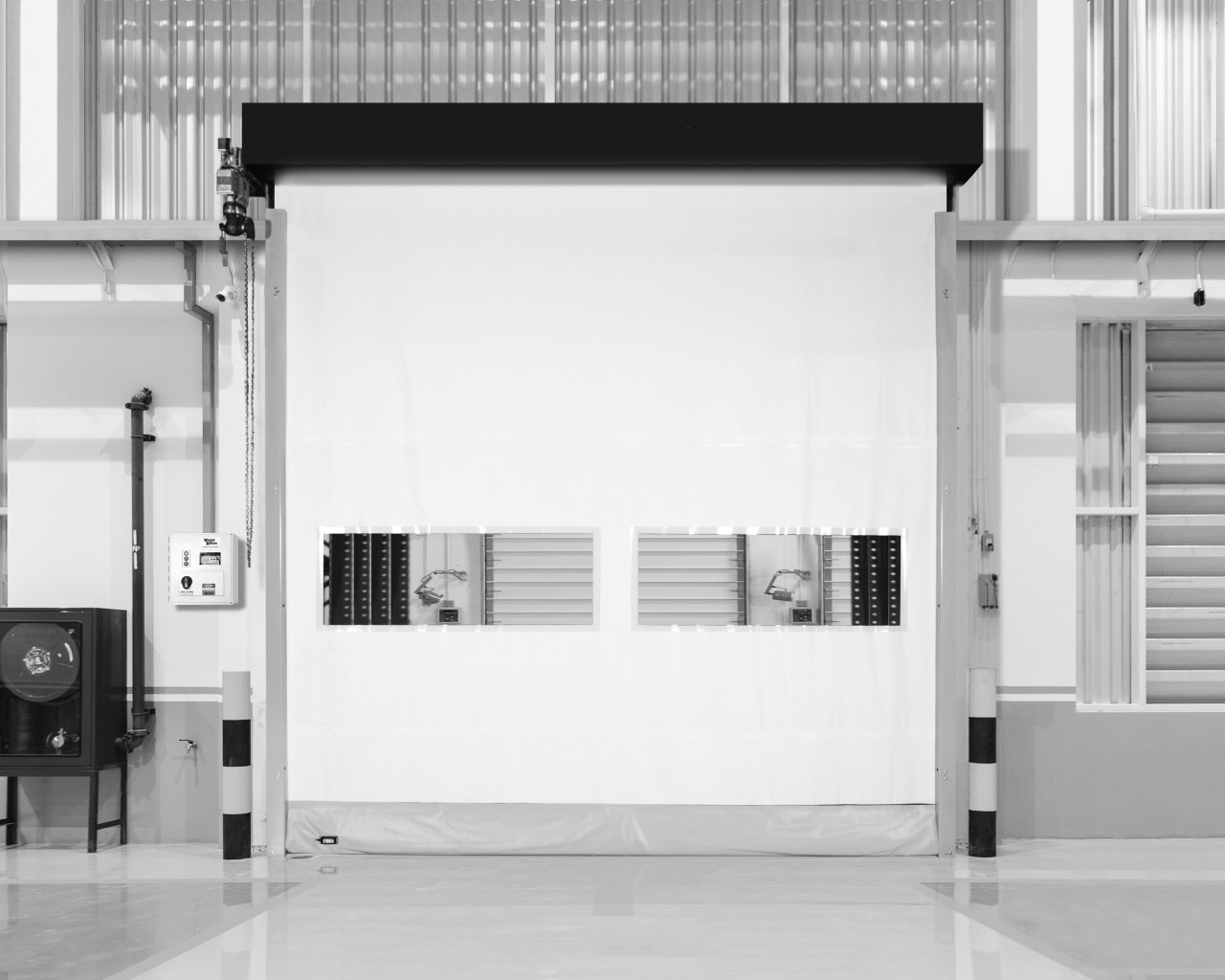 When it comes to industrial doors, high-speed doors are an excellent choice. They’re similar to roller shutters but they also open and close very quickly, thus allowing people through with the minimum of fuss. What’s more, they’re also extremely durable, which means they require very little maintenance.

It’s no surprise then that you’ll find high-speed doors used in numerous applications. You can find them in factories, warehouses, supermarkets, and even airports, for example. In this blog post, we’ll go into more detail about some of the industries that use high-speed doors.

In the food industry, food has to be kept at a specific temperature to prevent it from spoiling. This is where high-speed doors are useful. Since these doors open for such a short amount of time, they help to keep temperature loss to a minimum, thus preserving climatic conditions. That’s why you’ll often see high-speed doors used on industrial-sized fridges and freezers.

Another place you’ll find high-speed doors is the pharmaceutical industry. Hygiene is very important here – it’s imperative that bacteria and viruses aren’t allowed to contaminate the medications. High-speed doors can be used to keep exposure time to a minimum, thus reducing the risk of airborne contamination.

High-speed doors are also frequently found in car manufacturing plants. Since cars are made so quickly, it makes sense to use doors that open and close quickly too. Using high-speed doors in these factories helps to make production more efficient.

Chemical factories can be dangerous since some chemicals are highly flammable or volatile. In the event of an emergency, you want doors to open and close quickly, which is why you’ll often find high-speed doors used in this sector.

You don’t need to go far to see a high-speed door in action – you can probably find one at your local supermarket. Supermarkets use high-speed doors because they let staff through with the minimum of hassle, which is useful when there’s a lot of restocking to do. High-speed doors are also very safe, which makes them suitable for places where the public walk around, such as supermarkets.

High-speed stores are also used in airports. That’s because they open and close quickly and therefore help to ensure everything runs on time. (Although judging from how many flights are late nowadays, maybe airports don’t have enough high-speed doors.)

You can also find high-speed doors in use at naval ports. The fact that these doors open and close so quickly allows maintenance staff to come and go with ease.

Because of their numerous advantages, high-speed doors are used in a variety of industries. You’ll usually find them in industrial applications, but they’re also used wherever there’s high traffic or where specific climatic conditions have to be maintained.

If you’d like to learn about our range of high-speed doors, then simply visit https://www.actionshutters.co.uk/services/high-speed-doors/ to find out more. Alternatively, give us a call on 0121 605 6005.