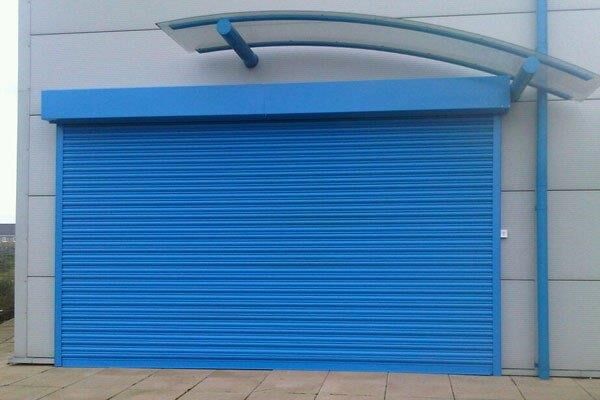 Shutters are used in all sorts of settings. From warehouses to factories, boatyards to farmyards, and ports to airports, shutters are one of the most common types of industrial door found in Britain.

Shutters owe their popularity to their many advantages. For one thing, they take up very little space since they open upwards rather than outwards. For another thing, they offer excellent protection against break-ins due to their strength.

If you’re thinking about getting shutters for your premises, then there’s a decision you’ll need to make: electrical or manual? In this post, we’ll compare the relative advantages of electrical and manual roller shutters to help you make the decision.

The first thing to know is what exactly are electrical and manual shutters. They’re similar to each other except for how they operate.

Manual shutters, in contrast, have to be opened manually. This is done by turning a crank or a winder. There’s no electricity involved at all with these shutters – the entire process is manual instead.

Saying that, manual shutters aren’t difficult to open. In fact, most people are surprised at how easy to open they are. If you don’t believe us, come on down to our premises and have a go yourself!

The main advantage of manual shutters is that they’re typically cheaper than their electrical counterparts. Manual shutters have fewer components which means their price is usually lower.

Another advantage of manual shutters is that they don’t require electricity to run them. This means they have lower running costs and they will still work in the event of a blackout.

So which type of shutter should you go for?

In the end, the type of shutter you choose – manual or electrical – will depend on what you want to use it for. If you need shutters for a shop front or other small business, then simply manual shutters should suffice. However, if your needs expand to a large business, such as a warehouse or a factory, then manual shutters typically won’t cut it. The effort involved in opening and closing large shutters by hand all day will be tiring for your personnel; not to mention manual shutters take longer to open and close. In this scenario, electrical shutters would be the better option, despite the higher cost.